Description: Over time, you will deploy thousands of tokens all over the place. Make sure that your Reminder is as descriptive as possible, and will remind you in the future of where the token was dropped.

It may create confusion if a token generated an alert that reads “test" - and does not remember where you placed it.

Make sure then to set your reminder to exactly where you placed your token to give your future self a good idea of where to start investigating if an alert triggers.

Below is an example of setting a reminder: 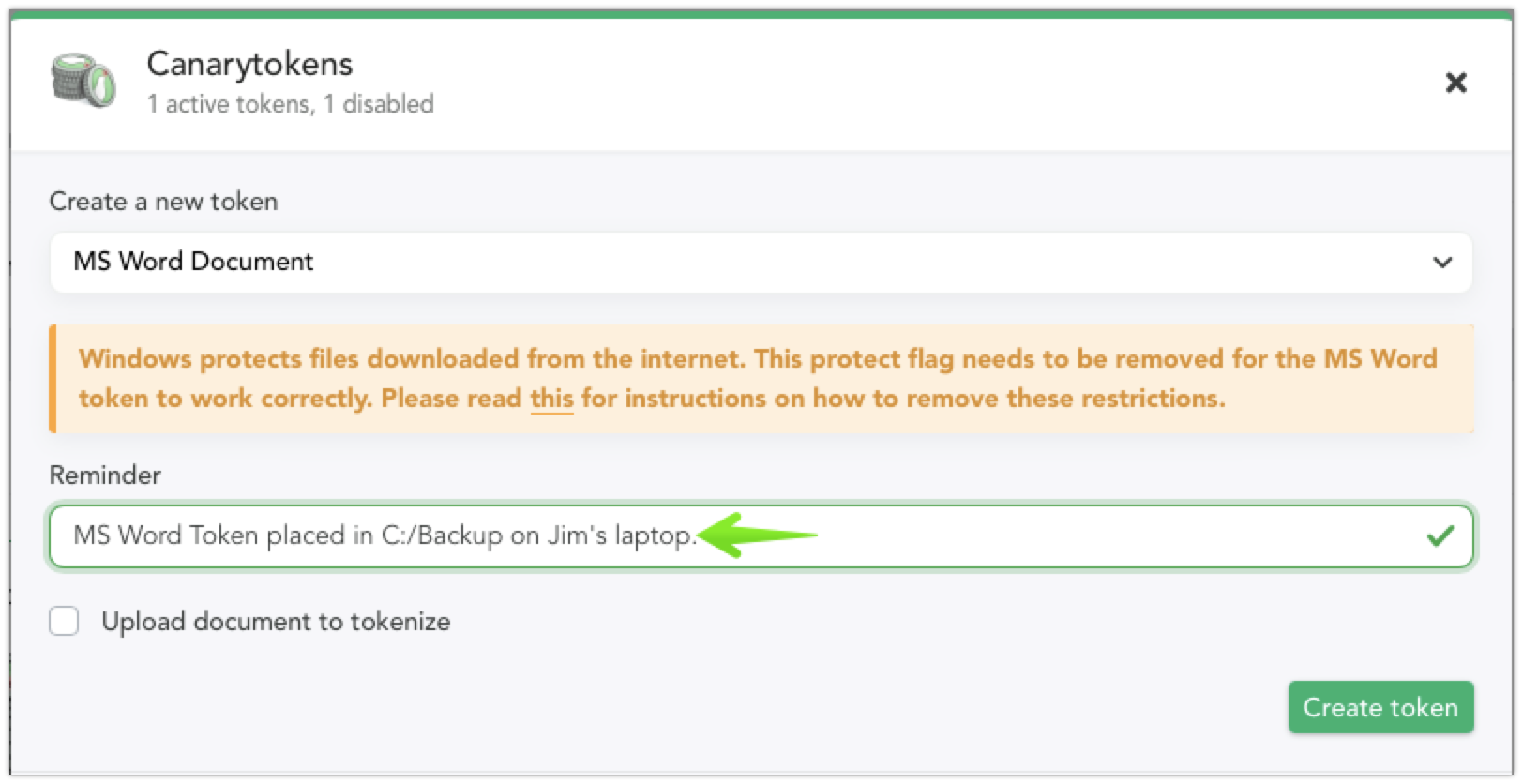 What's the difference between a memo/reminder and what I name my token?

Reminder / Memo: A reminder is shown in the Token Memo field of an alert after it is triggered. 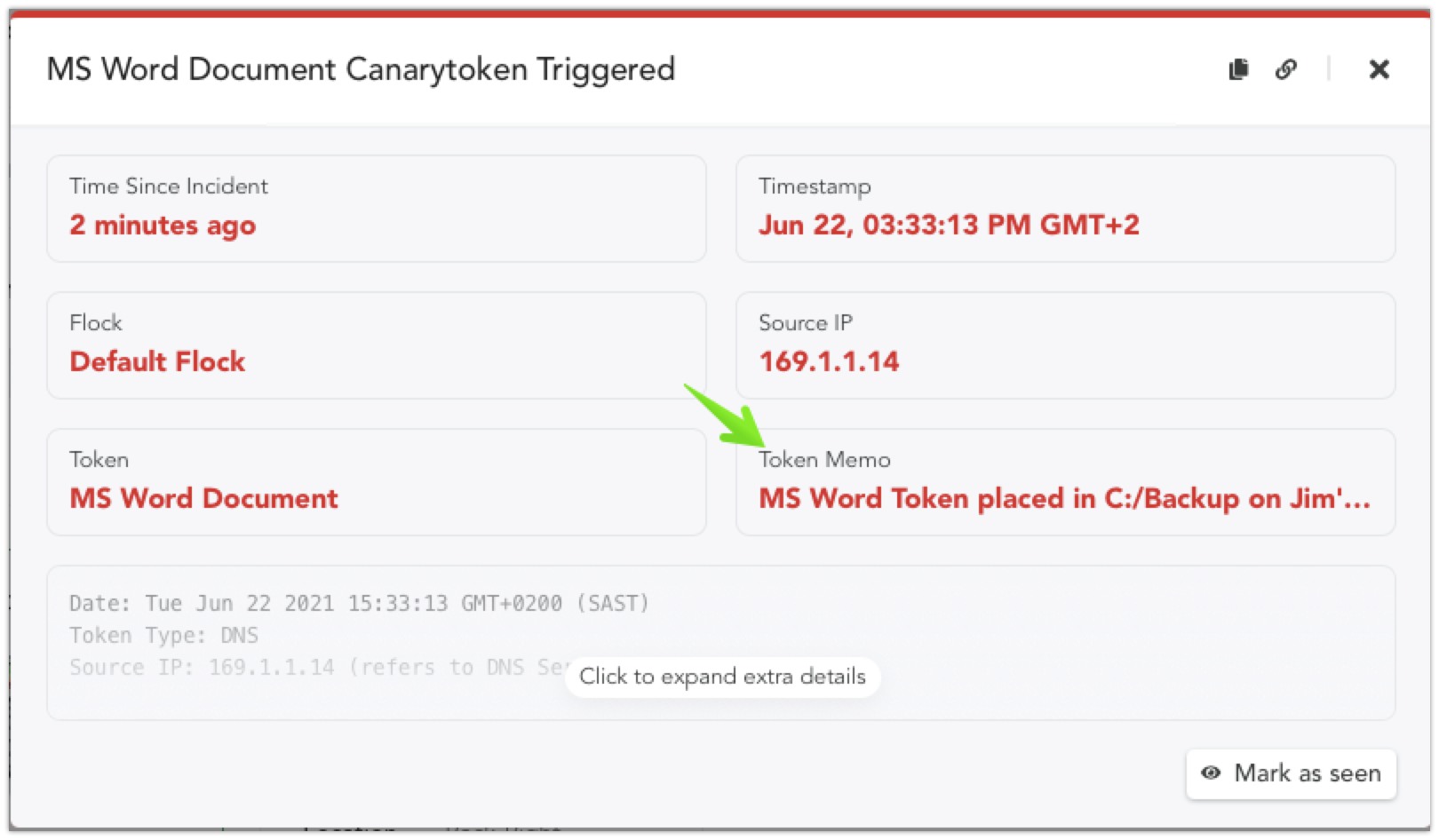 Canarytoken Name: The name of your Canarytoken should be as attractive to an attacker as possible to lure them into opening it.

Note: The name of your token can also be changed after deployment and at any time.